Milnor’s manufacturing efforts initially took place in a small factory in urban New Orleans. The company's continued growth led to a search for a new location and further product enhancements in 1954. A new 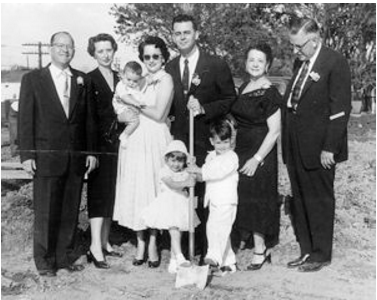 plant in suburban New Orleans became a reality for the company in 1956 and remains as Milnor's manufacturing center today.

Milnor's network of dealers continued to expand over the years.  To strengthen international marketing efforts, the company established a support office in Belgium in 1965. The U.S. Department of Commerce has recognized Pellerin Milnor as a leading equipment exporter with top honors through its “E” and “E Star” awards for export excellence.

Jim Pellerin succeeded his father, Norvin, as president of Pellerin Milnor Corporation in 1982. This marked the third generation of Pellerin family leadership.

Milnor relishes its role as a leading manufacturer of laundry equipment and is focused on improving efficiencies and developing innovations which keep the company on the cutting edge of technology.  This is evidenced by Milnor’s fifty-two active U.S. patents, with more patents pending and many overseas patents.  Milnor continues to pave the way with sustainability initiatives; two highlights of which are its industry leading PulseFlow® tunnel washing technology and RinSave® software in washer-extractors which reduces water, energy and labor costs.