TCATA awards college scholarships to students who are interested in pursuing a degree at any accredited U.S. college or university on a full-time basis.

Click here for complete information about the scholarship program.

Click here for the Scholarship Application in PDF form.

Click here for the Scholarship Poster in PDF form. 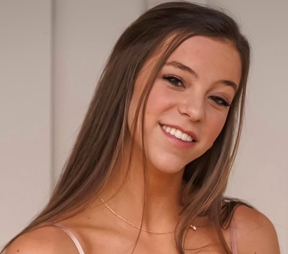 Congratulations to Brooke Story of Germantown, TN, who has been selected as the recipient of the 2022 TCATA College Scholarship Fund. She is the daughter of Doug Story, who works for UNX Industries of Greenville, NC.

Brooke was chosen from an outstanding group of applicants. Brooke is a National Merit Commended Scholar who scored a thirty-three on the ACT. Brooke has received many honors including invitations to the Medicine and National Security Youth Leadership Forum, selection for the Congress of Future Medical Leaders of Excellence Award, and the Germantown Education Commission Youth Excellence Award.

Brooke runs cross country and has participated as a vocalist, singing in the nationally recognized acapella group, One Voice in addition to volunteering for many community programs. Brooke graduates this year from Briarcrest Christian School. Upon graduation, Brooke will attend United States Military Academy- West Point and serve in the United States Army where she hopes to major in Kinesiology. Upon graduation from West Point, Brooke will be commissioned 2nd Lieutenant.

“I continue to be very impressed with the quality of the applicants that apply for the scholarship,” stated Leslie Schaeffer, TCATA CEO. “The Association is most pleased to provide assistance for outstanding students like Brooke, and we all wish her the very best success in college and beyond,” she went on to say.

We are pleased to announce that Morgen Story is the 2021 recipient of the TCATA Educational Scholarship Fund. Her father, Douglas Story, works for UNX in Greenville, North Carolina. Morgen is a freshman attending High Point 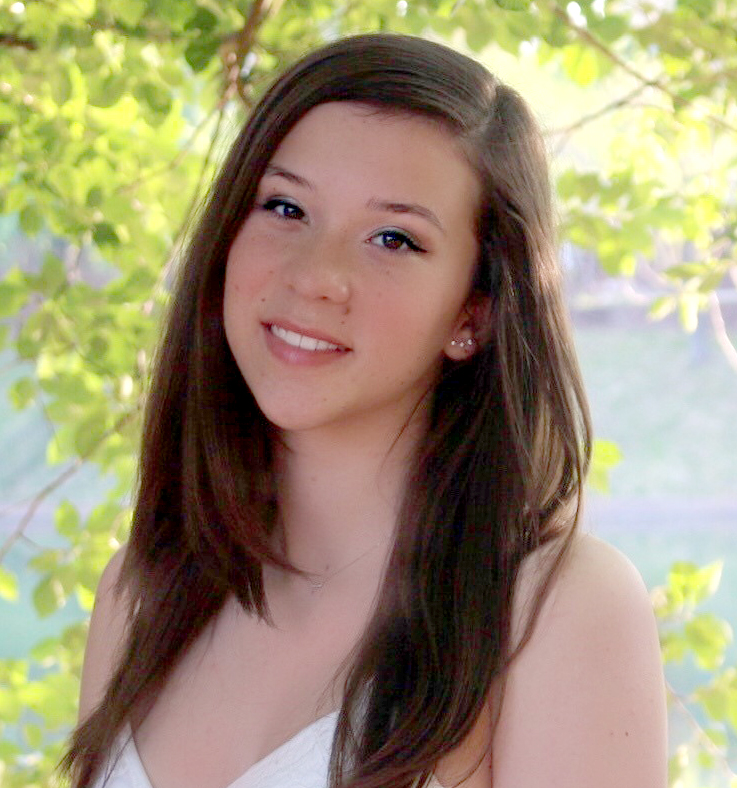 University in High Point, North Carolina. She will graduate in May of 2024.

In addition to the academics at High Point, Morgen has found countless ways to be involved on campus. She is the Assistant Music Director of the co-ed a cappella group, The Offbeats. She is also a first violinist in the High Point Community Orchestra, which combines students from the University as well as residents of the surrounding area.

Morgen is a member of the Natural Science Fellows, Pre-Medicine Society, Biology Club, and Cause for Paws. Morgen is currently majoring in Neuroscience and added a Psychology minor. She plans to go to medical school upon graduation.

Please join us in congratulating Morgen on this honor. 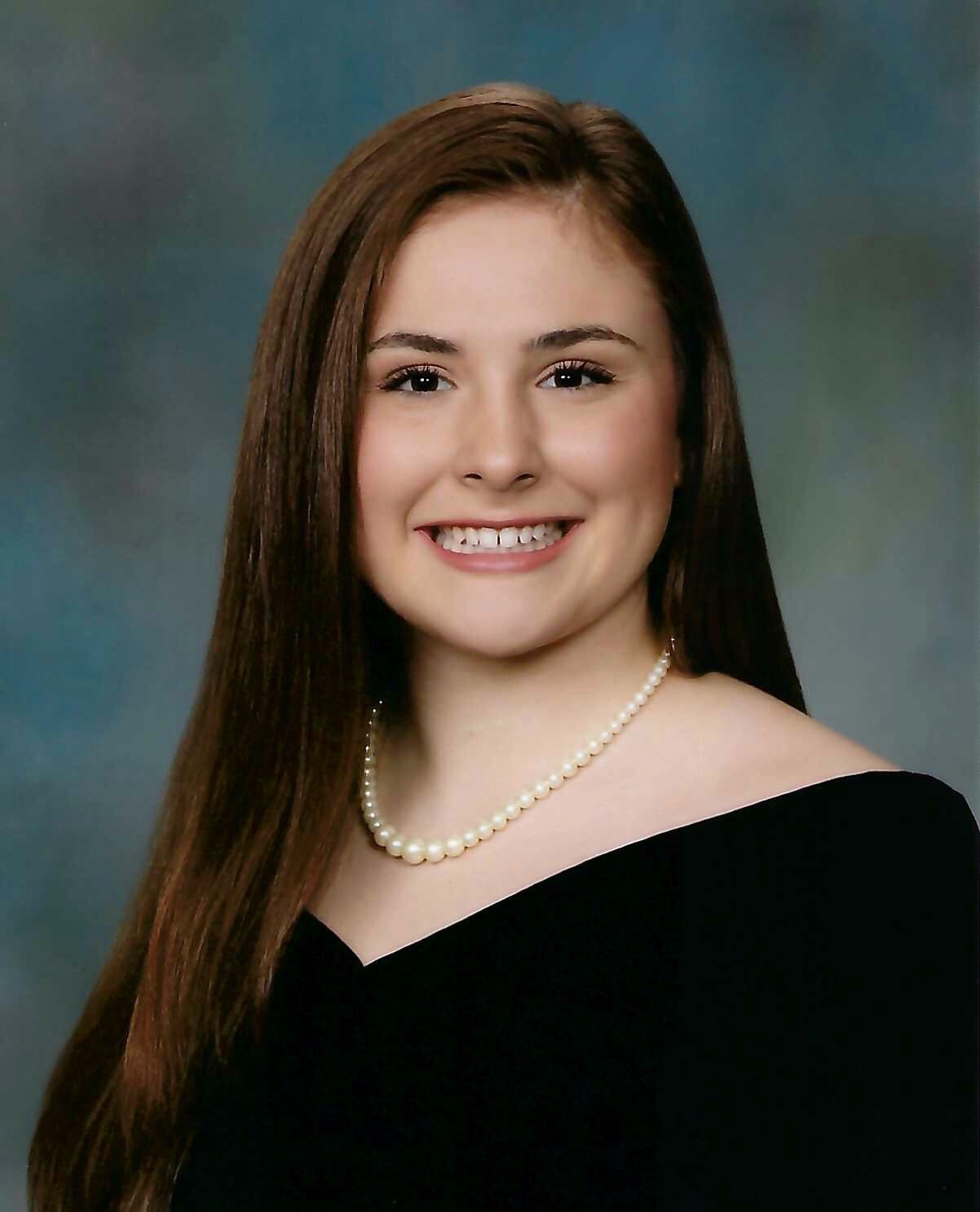 Congratulations to Sarah Gechter of Wyomissing, Pennsylvania, who was selected as the recipient of the 2020 TCATA College Scholarship. Sarah is the daughter of Michael Gechter, who works for Ellis Corporation of Itasca, Illinois.
Sarah was chosen from an outstanding group of applicants. Ranked 6 out of 163 graduating seniors in high school, she maintained a weighted GPA of 5.15 despite a schedule of demanding courses and working many nights and weekends.
Sarah is involved with various extracurricular activities such as Girl Scouts, high school volleyball, track, soccer, Student Council, Model United Nations, math team, drama club, Spanish club, National Honor Society, and school choir.
Outside of her school day, Sarah participates in numerous volunteer services with Meals on Wheels, Berks Women in Crisis, Animal Rescue League, Salvation Army, homeless shelters, nursing homes, as well as church services.
Sarah’s principal, Dr. Corey Jones said, “If Sarah’s performance at Wyomissing Area Jr./Sr. High School is any indication of how she will represent the TCATA Scholarship, I am confident that she is an ideal candidate for this honor.”
Sarah plans to study Political Science/International Affairs and Arabic at the George Washington University this fall.

TCATA is pleased to announce that the 2019/2020 college scholarship has been awarded to Kassidy Blount of Greenville, North Carolina. As such, she will receive $2,000 per year for the four years of college. Kassidy plans to 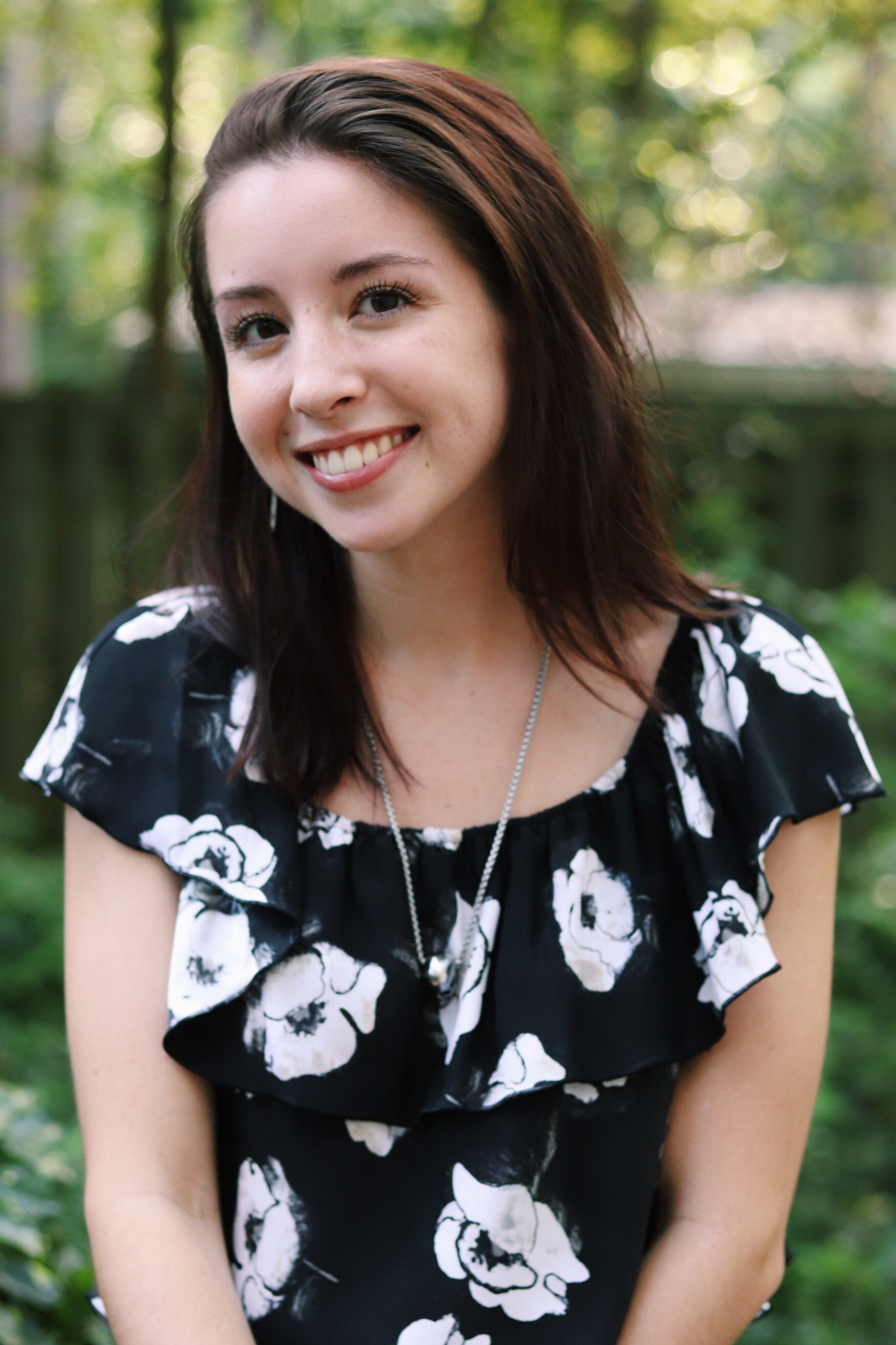 attend the University of North Carolina - Asheville. Kassidy’s academic accomplishments are very impressive, as are her extracurricular activities. Her grades, SAT and ACT scores are at the very top of the scale, as measured both statewide and nationally. From her sophomore to senior year, Kassidy competed in two prestigious business-oriented competitions (DECA and FBLA) that take place locally, regionally and nationally. She placed regionally in both and continued to the national competition in Atlanta. She also competed in the Quiz Bowl and is a member of the National Honor Society and the Rho Kappa Honors Society.

Kassidy has been active in multiple clubs and organizations throughout high school. She serves as senior class vice-president, led the cleanup of her school, and served as president of the Beta Club. Her main passion is music – jazz in particular - something she plans to pursue a degree in at UNC. Kassidy’s mother Laurie is employed at UNX in Greenville

TCATA Scholarship Recipients - Where Are They Now?

TCATA periodically features past recipients of the scholarship program - kind of a "where are they now"? Below is a feature on past recipient Ryan Dawson. 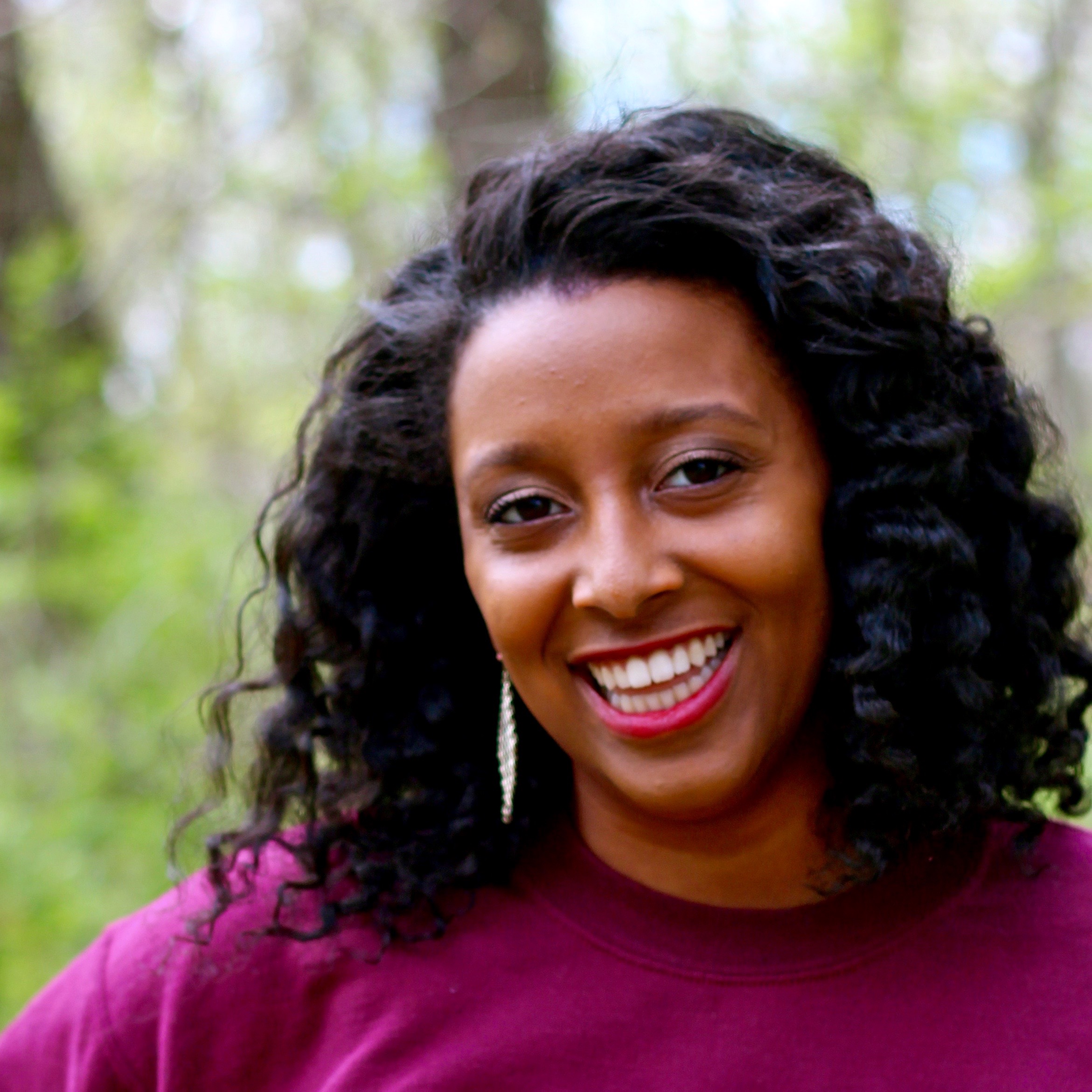 Lea Trusty was a recipient of the TCATA College Scholarship Fund in 2012, and she went on to graduate from Princeton University in New Jersey with a major in Politics and a minor in Latin American Studies.  She currently works at an NPR affiliate station in Connecticut as a fellow with the Newman’s Own Foundation. The Newman’s Own Foundation donates and works with a number of nonprofit organizations. At the station, Lea has a number of duties, including local and regional reporting and assisting with their social media. Lea plans to continue working in the nonprofit sector to promote political activism in marginalized communities. She's a New Orleans native and is still looking for a decent shrimp po-boy in the Mid-Atlantic. 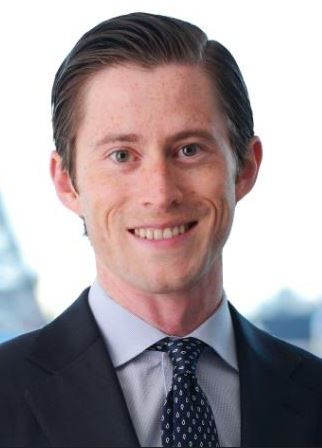 Ryan Dawson, son of David Dawson – who was with R. R. Street & Company at the time -  received the TCATA scholarship in 2003, and attended the University of Illinois at Urbana-Champaign. He studied engineering and spent his summers at several engineering internships, including a nine-month stint designing breweries as a brewing operations and technology engineer at Anheuser-Busch. He graduated in 2008 with a Bachelor of Science in civil and environmental engineering and a minor in business administration, and joined Bain & Company in Chicago as a management consultant.

During his time at Bain & Company, Ryan worked for numerous clients in varied industries including consumer products, telecom, asset management, real estate, private equity, and more. While with Bain, he also spent six months in India, establishing the Mumbai office.

After three years at Bain, Ryan moved to private equity, joining The Gores Group in Los Angeles, first as an associate and soon after, as a senior associate. While with Gores, he performed due diligence for acquisitions and provided operating and performance improvement support for portfolio companies.

In 2014, Ryan matriculated at The Wharton School in the University of Pennsylvania to pursue an MBA. After two years at Wharton and a summer with a hedge fund in New York, Ryan graduated with Palmer Scholar distinction, and in 2016, returned to work at Bain & Company.