Meet the TCATA Board Members 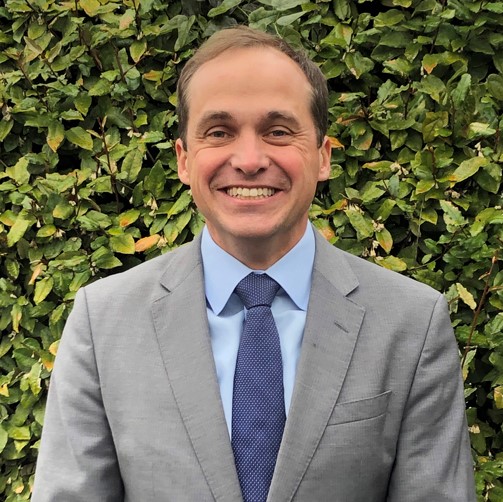 Mack was elected to the TCATA Board of Directors in 2018 representing supply manufacturers. He is also the conference chair for TCATA’s 100th anniversary conference coming up in 2021.

When asked- What does TCATA membership bring to you and M & B? Mack replied, ”The opportunity to build relationships both with customers and fellow suppliers in the industry. The Annual Conference is a great opportunity to relax and have open conversations about the state of the industry and learn from each other different ways to solve common problems.”

Mack and his wife Stephanie have been married for 12 years. They have two children, Mils (Milton V) age 8 and Lucy age 6. The Magnus family dog Lola is 11. When Mack is not spending time with his family, he enjoys golf.

Kelly Kelleher is President of Kelleher Casares Equipment in Downey, CA which specializes in designing and building dry-cleaning plants as well as the sales of dry cleaning and laundry 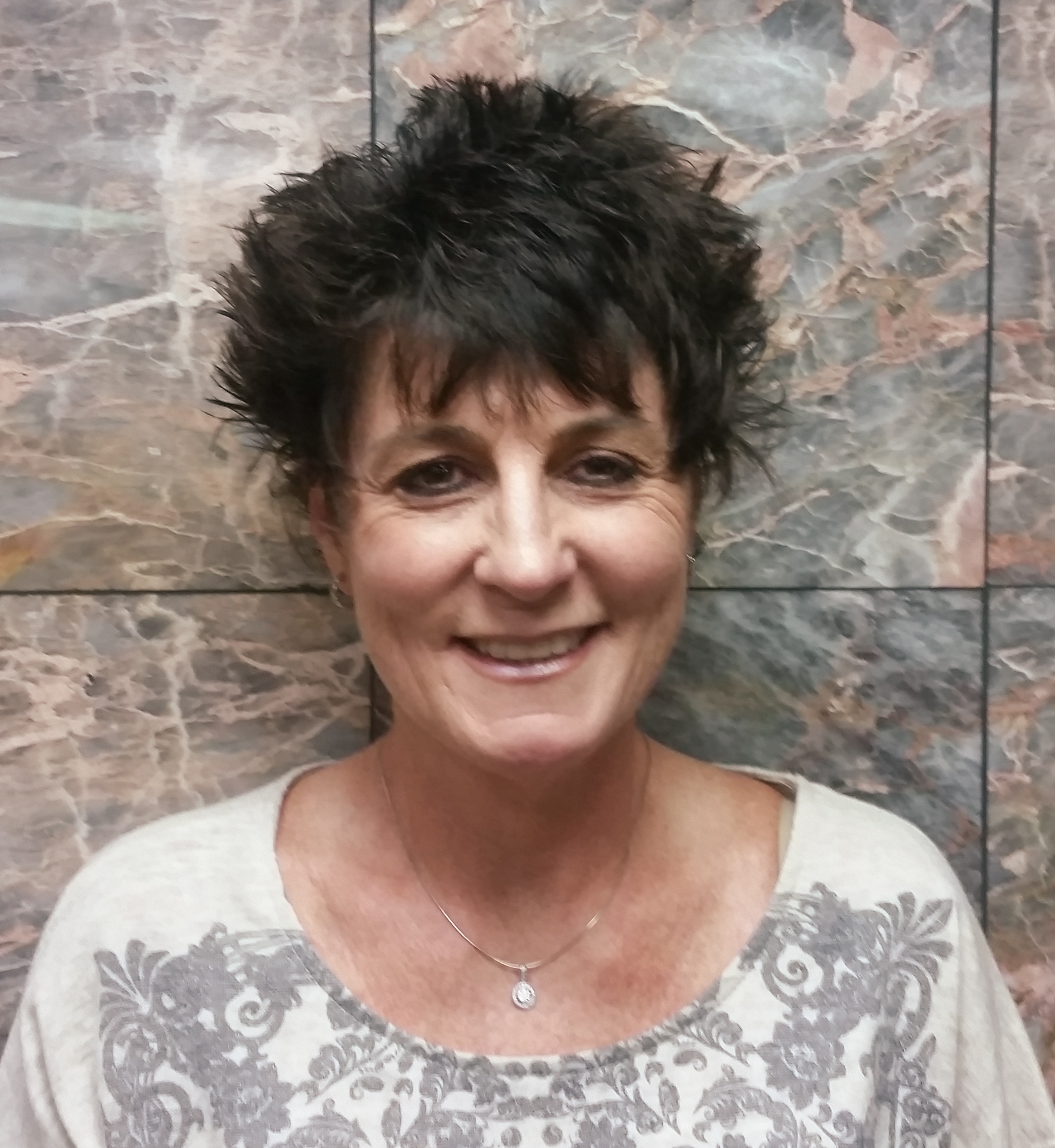 Kelly was most recently elected to the TCATA Board of Directors in 2018 representing machinery distributors.

When asked- What does TCATA membership bring to you and Kelleher Casares Equipment? Kelly replied, ”The networking that TCATA provides has absolutely helped my business relationships. Without the introduction of people I have met through TCATA, I would not have otherwise had the opportunity to build business relationships with these people.”

Kelly and her husband Robert have three adult children and one grandchild. When Kelly is not working or spending time with her family, she enjoys playing tennis. 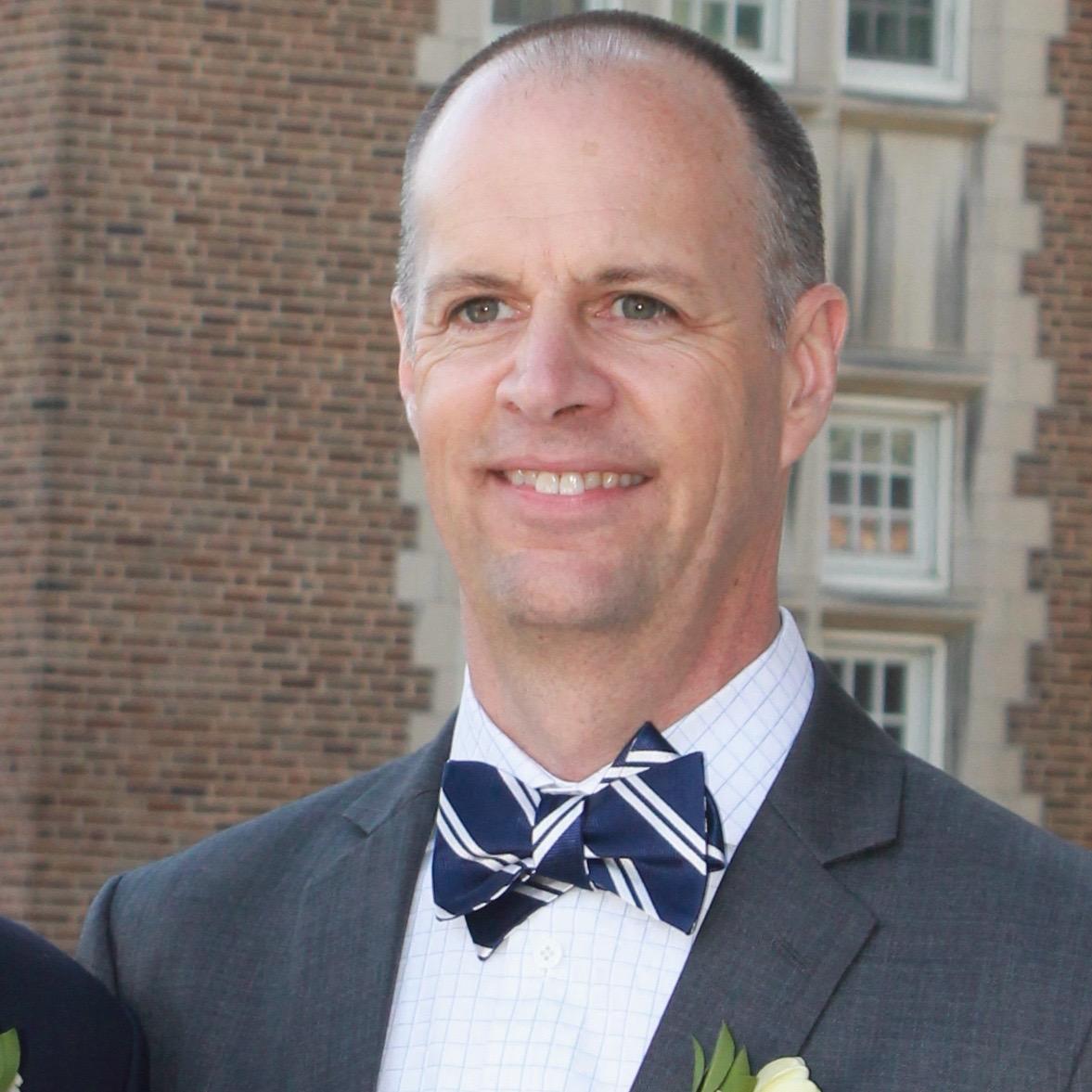 Bill Schnitzer is President of Quality Fabricators located in Kennesaw, GA, a manufacturer of garment racks, accessories and other products to a variety of industries throughout the US and Canada.

Bill was elected to the TCATA Board of Directors in 2016 representing machinery manufacturers. He currently serves as Treasurer.

When asked- What does TCATA membership bring to you and Quality Fabricators?

Bill replied, ”I find being a member of TCATA connects Quality Fabricators® with the members in the industry that it would not otherwise be connected with. These connections are of great value to us.

Benefits such as the business seminars at the annual conference, resources from NAW, quarterly ITR, and updates on laws and regulations in our industry are just a few items of value to Quality Fabricators®. These benefits and more have kept our membership active since shortly after acquiring the company back in late 2007."

Bill and his wife Rita have two adult children and one grandchild. When Bill is not working or spending time with the family he is actively involved with local non-profits in the Atlanta area. Bill and Rita spend time traveling, hiking, and going to the theater.

Charlie Thompson of American Trade Magazine comes from a family of journalists. His grandfather was the editor of his hometown newspaper, and his father became the general manager of that same newspaper. Charlie’s 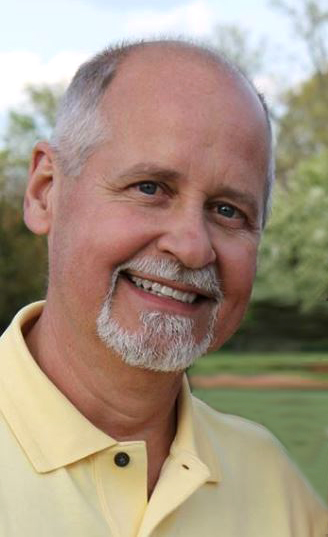 sister, Charlotte, was a founding staff writer for New York Magazine and helped in the creation of Ms. Magazine.

American Trade Magazines has been a member of TCATA since 1938 and celebrated its 75th anniversary with TCATA in 2013. Over the years, Charlie has served as conference chair, business program chair and Young Timers chair at TCATA’s Annual Conferences. He’s also served several terms on TCATA’s Board of Directors.

“TCATA has allowed me to build relationships in all of the areas my magazines serve – commercial laundry, coin laundry and dry cleaning. Getting to know the key people in each of these industries during the Annual Conference is invaluable. Every conference I learn something new and gain new insight into these industries, as well as make a new friend or two!” 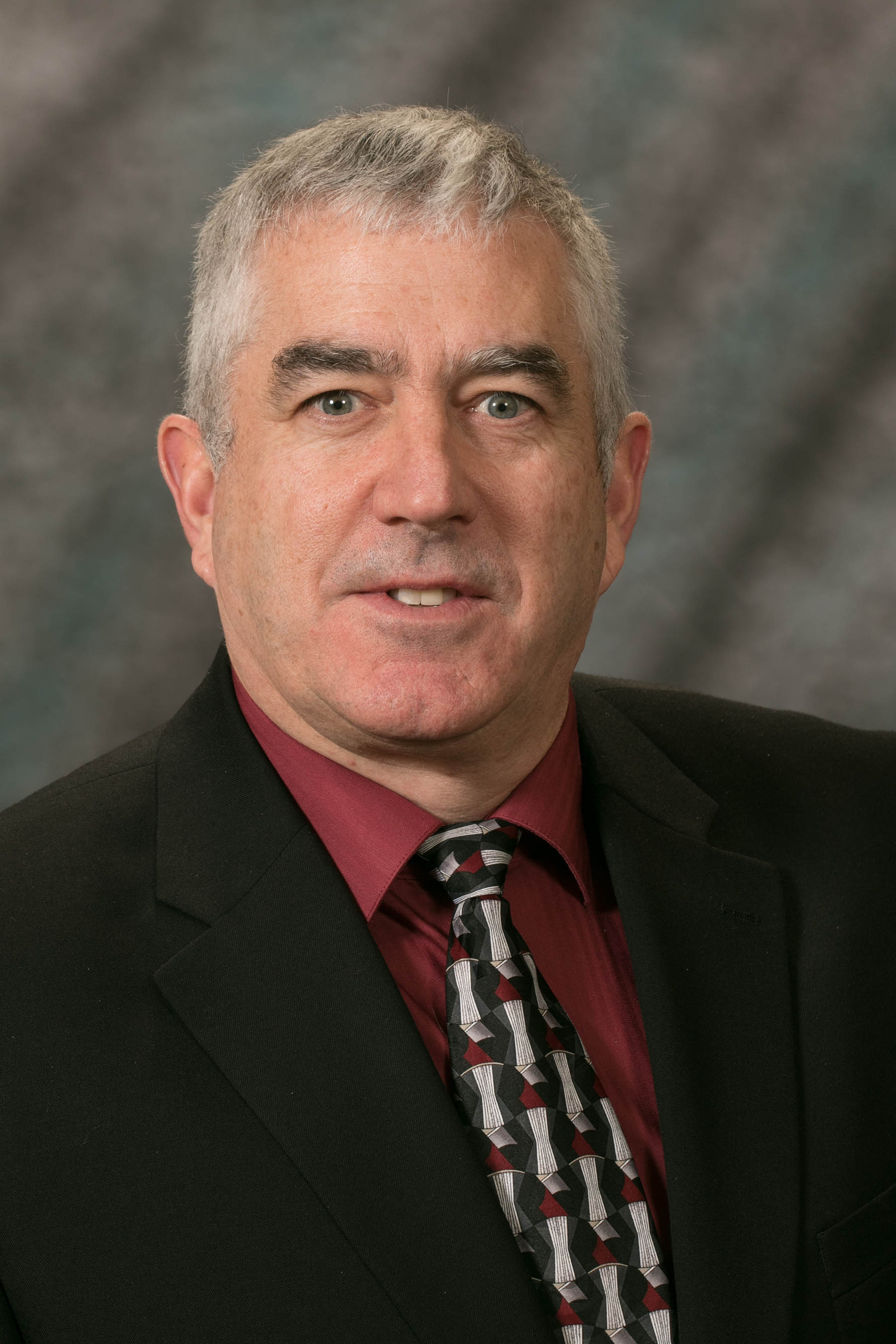 Bill Brooks of Alliance Laundry Systems has a diverse and entrepreneurial business history that includes a wide range of early life experiences : from custom yacht building to home siding manufacturing to working with a uniform manufacturer for professional sports teams. There was never a dull moment around the Brooks household. Bill is starting his 31st year with Alliance Laundry Systems. His career evolved through the manufacturing process and product development, ultimately leading to sales which channeled his depth of knowledge into a role that was a perfect fit.

"The laundry and textile care industry have such a family business orientation, and the connections and relationships I have experienced over my career are incredible. I always felt that “Alliance” was a great corporate name as even though we are the largest manufacturer of commercial laundry equipment worldwide, the industry partners from distribution, to supply, to support segments are often small family businesses with incredible histories. TCATA and the textile care industry are filled with such great people. The personal relationships are something we will all appreciate now more than ever, after the year of 2020!"

Matt Lamons, President of Loomis Brothers Equipment grew up on a farm in a small town in Fulton, MO where his family raised cattle and horses. Matt is only the second person in his family to attend college. 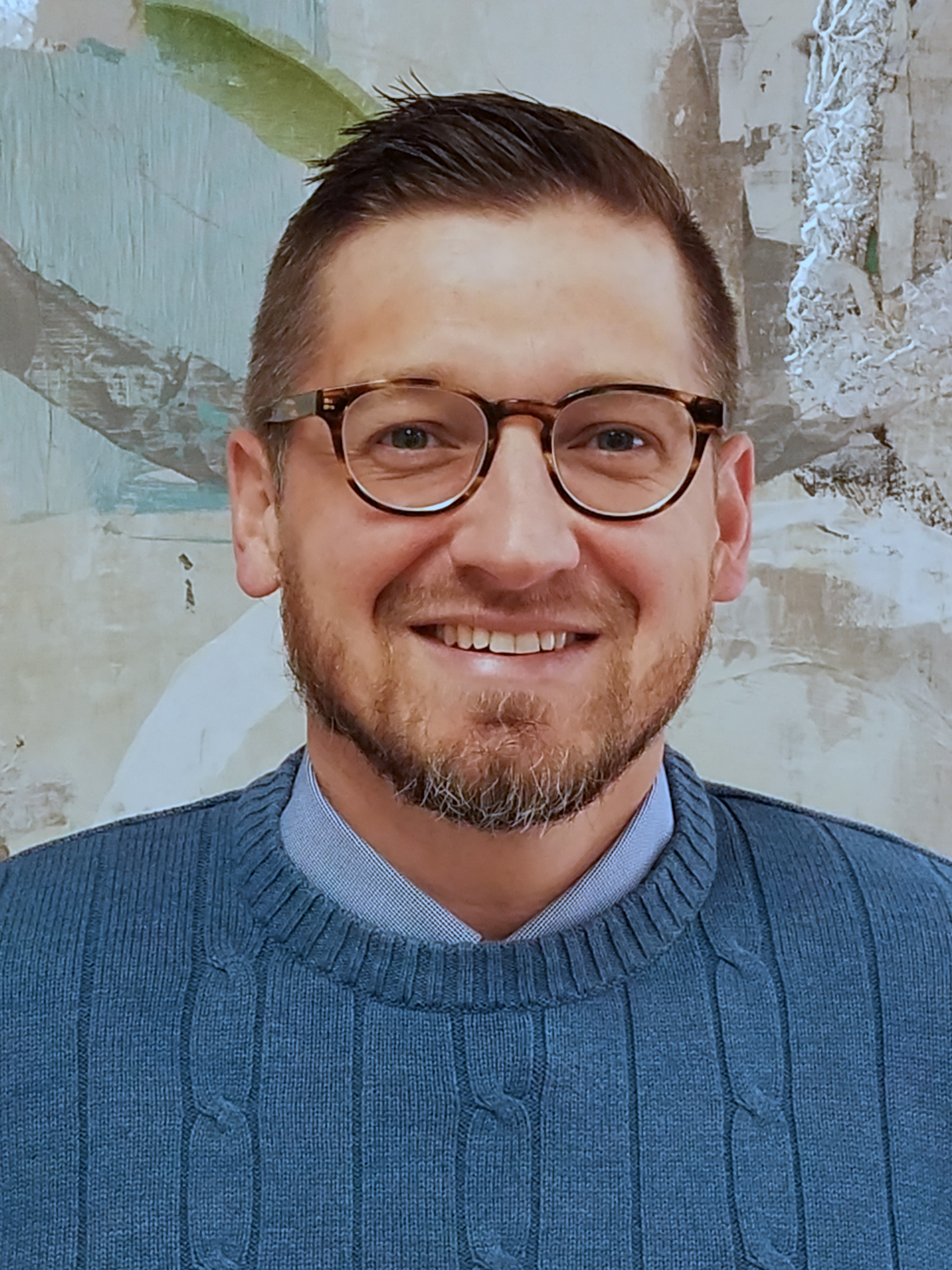 Matt joined Loomis Brothers in November 2007 as a vended laundry sales representative, eventually working his way to Sales Manager and President of the company. In January 2020, Matt and his wife purchased Loomis Brothers Equipment from her father becoming third generation family owners.

Matt shared, “TCATA has been more than just a trade association for me. It’s given me an opportunity to continue to learn, grow, and be involved in leadership within the laundry industry. The people I’ve met and the relationships I’ve gained have proven to be invaluable. I always look forward to the annual meeting when we can all get together and collaborate. I always leave with fresh, new ideas.”

Loomis Brothers Equipment, headquartered in Fenton, MO was started in 1949 and continues to thrive today. The company joined TCATA in 1967 and have been a member in good standing for nearly 55 years. 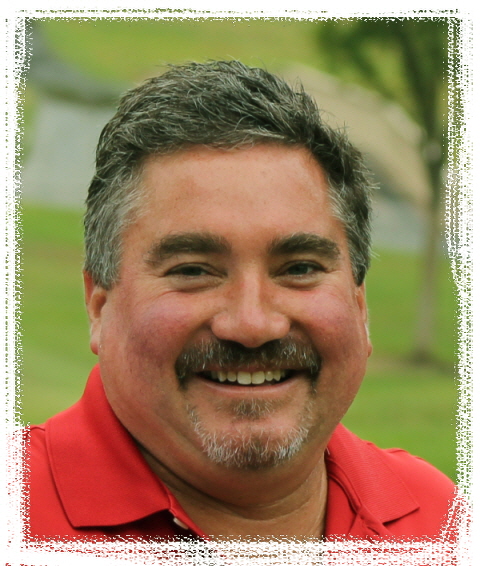 When asked what he likes most about TCATA, Mike quickly replied, "The wonderful people I've met through my involvement with TCATA. Being a member of TCATA has given Parker Boiler the opportunity to network with many people in the industry, often bringing companies together to do business." He went on to say that the educational programs at the TCATA conferences are excellent.

Mike and his wife Nancy have been married for over 30 years and have six active children who keep them very busy. 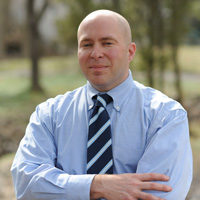 John Silverman, President of Tschopp Supply Company of Buffalo, NY, serves on TCATA’s Board of Directors representing Distributors. John began his career at Tschopp in 1989. By 1999, John became Corporate Vice President and General Manager. In 2005, James Tschopp retired, and John Silverman assumed the role of Corporate President. When asked what being a member of TCATA has brought to Tschopp Supply, John said, "The relationships and connections I've made through TCATA have helped Tschopp Supply grow as a company." When he isn't spending time with his wife and two sons, John enjoys golfing and bird hunting.