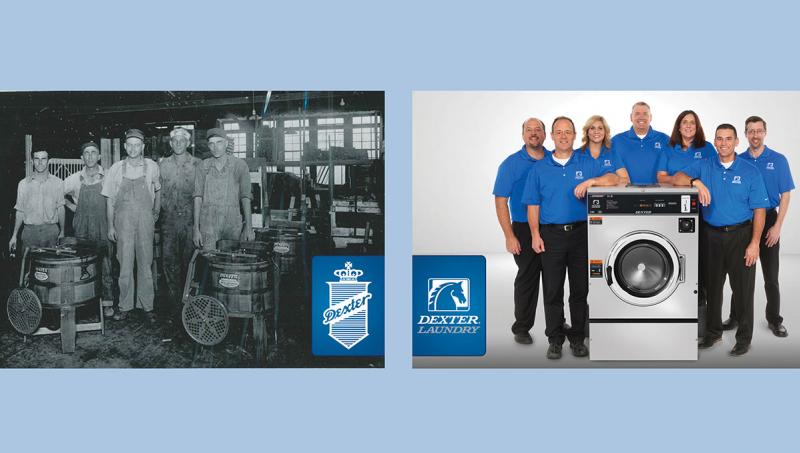 (April, 2019) 2019 marks the 125th anniversary of Dexter Laundry, an equipment manufacturer based in Fairfield, Iowa. Established in the tiny town of Dexter, Iowa, in 1894, Dexter Laundry and its founding community both drew their name from the same unusual source: a championship racehorse. Known for his unparalleled performance and noble appearance, the equine Dexter was a national sensation, serving as the perfect symbol for American power and speed. Like the thoroughbred, Dexter washing machines were fast and efficient. Inventor W.H. George designed them that way. He wanted a washer that could be run hard and always stay a step ahead of the competition.

As his young company grew and more people began requesting Dexter washers in their homes, George realized that his original facilities couldn’t keep up with the demand. Because he was seeking a large manufacturing space for the growing business, the laundry inventor planned a nationwide search. However, his extensive travel itinerary proved unnecessary when he visited the nearby town of Fairfield. Though he didn’t know it at the time, the structure and facilities George built in Fairfield would become home to the Dexter legacy for more than a century to come.

Constructing its new home in a smaller community gave the young company several surprising advantages. Skilled employees living in Fairfield worked with the company for years and used their experience and expertise to build a better brand of washer. Within these carefully planned working conditions, the workmen thrived, producing a superior line of washers and standing behind them with a guarantee of fine workmanship. Every step in the fabrication of Dexter washers, from the casting of the gray iron to the finished product itself, was done in the Fairfield facilities. This allowed for complete control of the quality and craftsmanship of every Dexter product — something the company still prides itself on today. 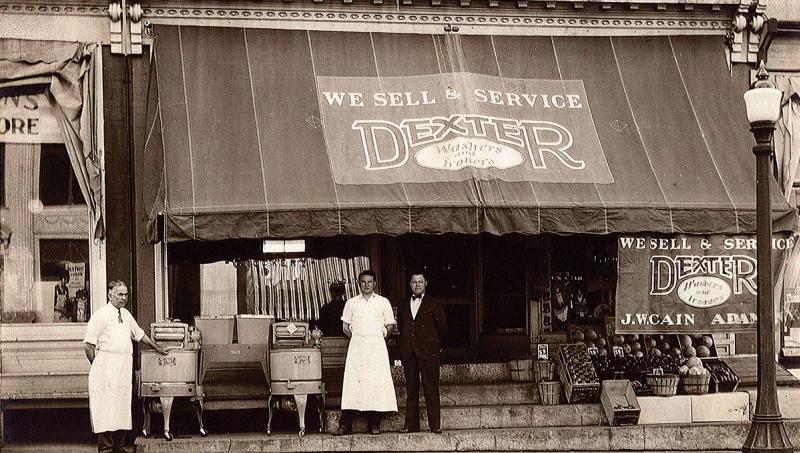 “Controlling the production process gives us the ability to build quality into every design. This commitment to quality and innovation kept the company running strong, even in the toughest of times. The economic downturn of the Great Depression rocked the United States and the world throughout the 1930s, but Dexter fought back with custom payment plans and new lower-priced models.

A decade later, during World War II, Dexter’s performance was called on again to help American troops at home and overseas. The U.S. government used the facilities in Fairfield to produce important defense equipment and washers for soldiers in American camps. “Dexter has always been built in the heart of America by proud men and women. As a veteran, I’m personally proud of the actions the company took during WWII,” says Dexter Laundry President Craig Kirchner. “Not only did we stop production of our core business, our community and employees rallied around the troops to support the war effort.”

In the years after the war, Dexter doubled down on its emphasis on innovation, with the release of the 20-pound automatic washing machine. This innovative design led the industry and had customers across the commercial laundry market raving about its performance. In fact, the machine was so successful that Dexter permanently reoriented its focus to serve customers in commercial settings all over the world. Though technology has changed over the last century, Dexter’s commitment to quality and service remains the same. The company still builds a wide range of washers and dryers, and each machine is made with the customer in mind.